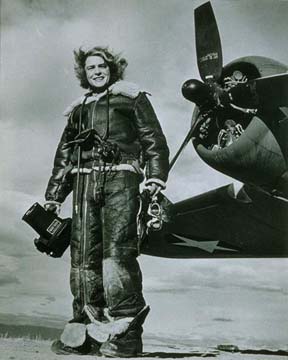 Her father, Joseph White, was of Polish-Jewish background. He was an inventor and an engineer. He believed in equality in education and opportunity for all his children. Margaret's mother, Minnie Bourke, was of Irish-English ancestry and was a loving and nurturing mother. Minnie was completing her college degree at the time of her death. Margaret was married twice; once to Everett Chapman, when she was but 18 years old; and to Erskine Caldwell, the writer, in 1939, after they had worked together. They divorced in 1942.

Margaret Bourke-White attended several universities throughout the United States while pursuing a degree in Herpetology (the study of reptiles). They included Columbia University in New York, the University of Michigan, Purdue University in Indiana, Western Reserve University in Cleveland, Ohio, and she received her degree in 1927 from Cornell University in Ithaca, NY. Margaret began to study photography as a hobby while a very young woman. She developed the styles and techniques that she needed for various formats on her own. Her father was also somewhat of a camera enthusiast and he exposed her to the wonders of the photographic lens as a youngster.

"Work is something you can count on, a trusted, lifelong friend who never deserts you." ~ Margaret Bourke-White

This page may be cited as:
Women in History. Margaret Bourke-White biography. Last Updated: 1/30/2013.Women In History Ohio.
<http://www.womeninhistoryohio.com/margaret-bourke-white.html>